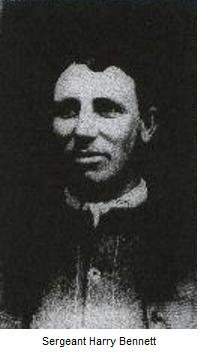 Colony or State of enlistment: NSW, Place of Enlistment: Forbes

Highest Rank attained (if served after war): Did not survive the Boer War 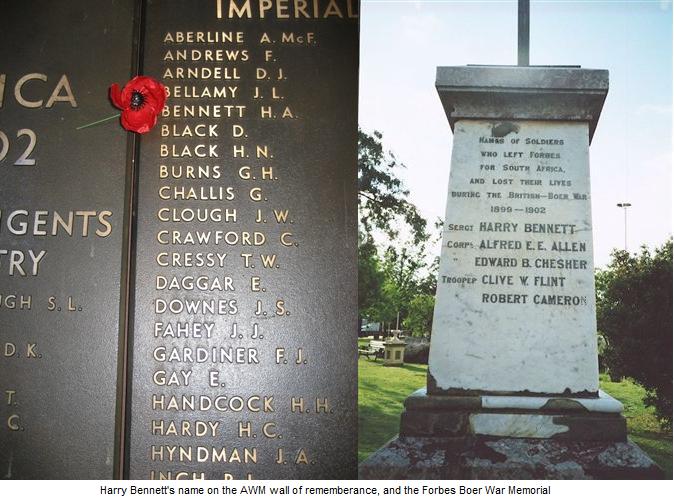 Personal Characteristics: Bit of a scallywag but very brave according to letter from CO telling of his death - see clipping below. Although official records give his rank as corporal according to the letter he was promoted to sergeant some time just before death.

Reasons to go and fight: As far as family scuttlebut goes, lots of country boys were let out of jail if they 'volunteered' and were good horsemen. Harry had certainly been in and out of jail in NSW country towns so it may be valid.

Details of service in war: From May 1900 in Rhodesia and west Transvaal including capture of de la Rey's convoy and guns at Wildfontein (24 March 1901). Killed in action Rieckersdam 16 October 1900. Letter from CO on his death was published in a newspaper, see clip below. 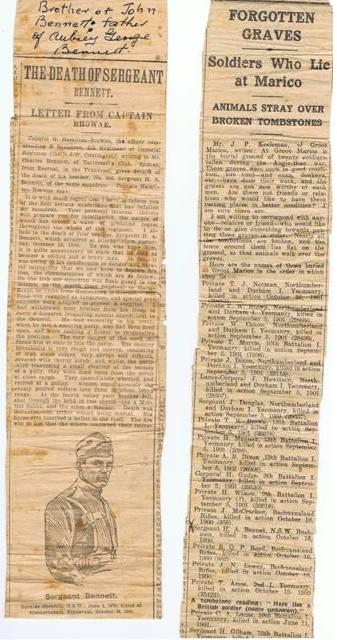