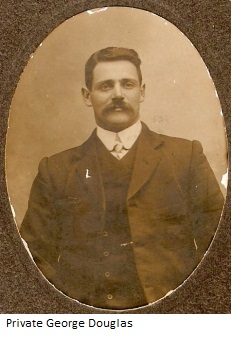 Cause of Death: Detail not provided

Colony or State of enlistment: VIC, Place of Enlistment: Seymour

Ship: Travelled privately to South Africa for service in the Scottish Horse.

Reasons to go and fight: For the Empire

Details of service in war: From 15 February 1901 until 14 September 1901. With Scottish Horse at the heroic Defence of the Guns at Bakenlaagte. No service seen with the Australian Commonwealth Horse.

Service and life after the Boer War: Passed away 1943. Descendents at that time were Wife, three sons and two daughters